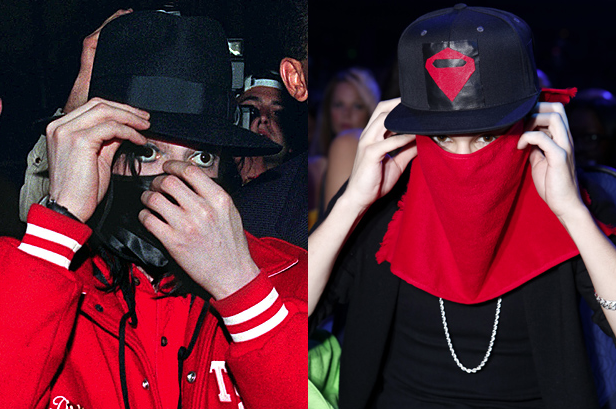 A duet with Michael Jackson and Justin Bieber entitled “Slave To The Rythm” has gone viral, despite efforts by the estate to remove the song. Sadly, the song is now everywhere! Not only was the song released online it has also being played on national radio.

From the Estate Of Michael Jackson:

Hello there:
For those who have been asking about the recently posted recording of “Slave 2 The Rhythm” by Michael and Justin Bieber, this recording was not authorized and has been taken down.
Best,

The DJ’s behind the remix of Slave To The Rhythm tweeted:

Wow.been getting hit up abt this @MichaelJackson Ft. @Justinbieber record all day. I have so much respect for the Jackson Estate and…

it was an honor to work on this record….but its unfortunate that the record leaked before it was ready.

Justin Bieber returned to Twitter this weekend following the leak of Michael Jackson’s Slave To The Rhythm, staying quiet and not addressing the song – instead published the following:

He set the bar pic.twitter.com/gCMGHWLK4t